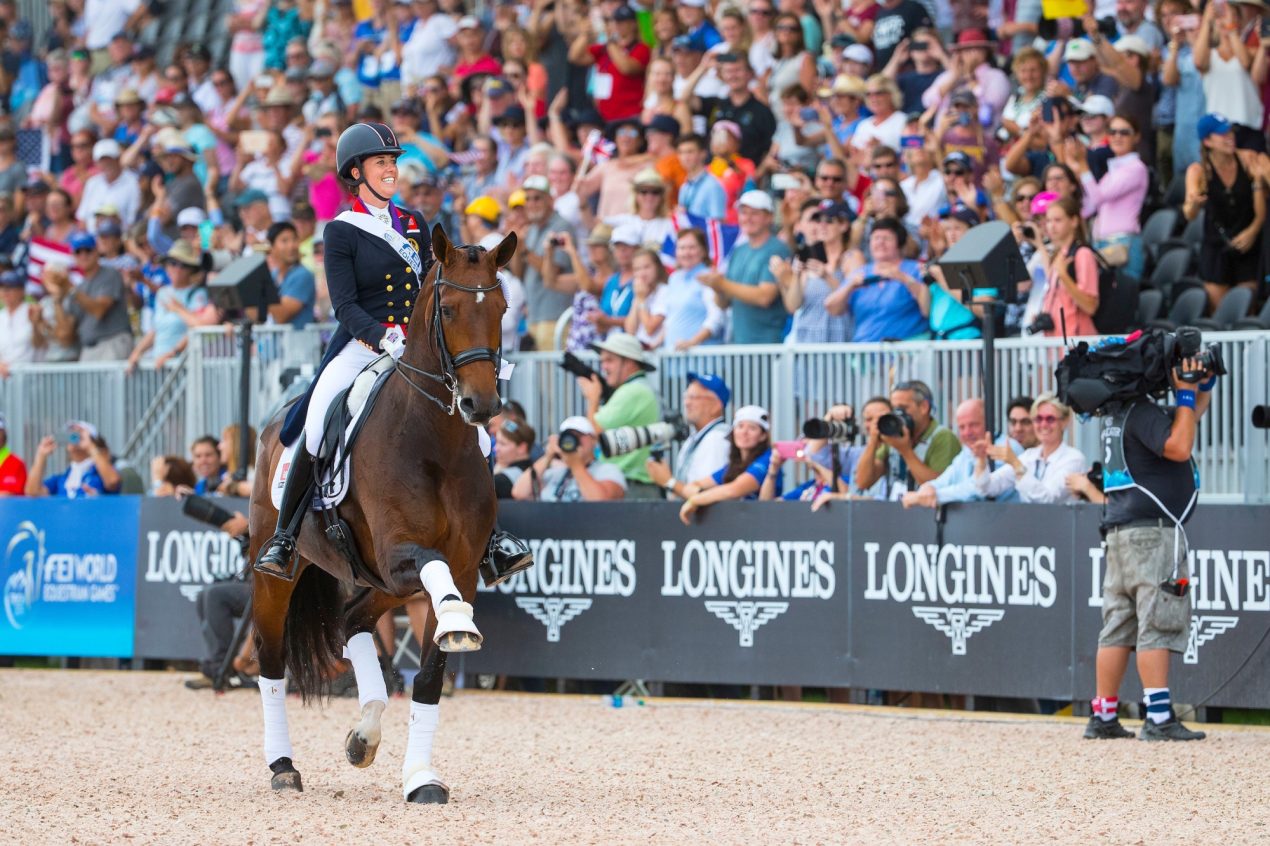 Charlotte Dujardin CBE is an elite British dressage rider, equestrian, and author and resides in Gloucestershire in the United Kingdom

She is the most successful British dressage rider in the history of the sport and the winner of all major titles. She also holds every world record in Dressage.

She has also won Olympic and European Team Dressage Championships with Great Britain.

At present, she is part of the current Great Britain team for Team Dressage and has a string of upcoming dressage horses, all competing successfully at their respective levels.

Charlotte has multiple Grand Prix level Dressage prospects and is aiming for the Tokyo in 2021.

Outside of equestrian, Charlotte Dujardin guest starred on the Netflix show Free Rein and her biography 'The Girl on the Dancing Horse' became a Sunday Times Bestseller.

She is currently in high demand internationally for masterclasses and continues to sell out arenas around the world. Charlotte has also never been far away from the Honours list and was appointed Officer of the Order of the British Empire (OBE) in the 2013 New Year Honours and Commander of the Order of the British Empire (CBE) in the 2017 New Year Honours both for services to equestrianism. She was also voted the Sunday Times & Sky Sports Sportswoman of the Year in 2014 and BT Sport's Action Woman of the Year 2014; the first dressage rider to win these titles.

"I choose Saracen as I truly believe it is the best feed for horses on the market. The nutritional expertise, research and support within the company is unparalleled and I have every confidence that my horses needs are met, whatever the situation, type of horse, level or challenge. The Saracen team are part of all of my successes and an invaluable part of my team"