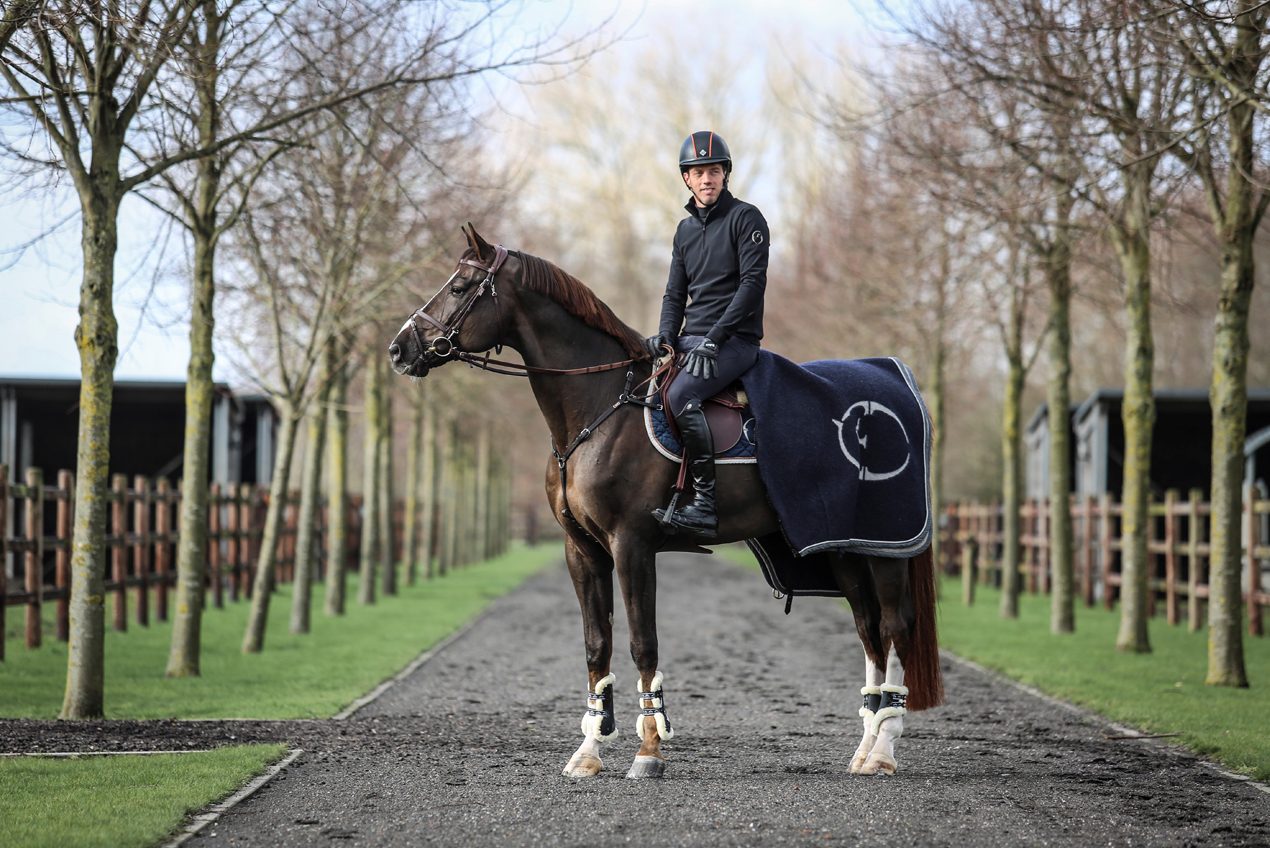 Harrie Smolders grew up with his parents and his sister in the small village of Lage-Mierde in Brabant, The Netherlands, where horses have played a major part in his life, right from childhood.

His father has always been a horse-lover, keen on both the breeding and the sport of showjumping. Harrie was 8 years old when he started riding a pony (named Smurf!) although not particularly brave at the time during his time on ponies his talent and passion became clear, with the young Dutch rider winning several national titles in jumping, as well as in dressage and eventing. Having obtained his Havo certificate, Harrie swapped Brabant for Meppel in Drente at the age of 18. For more than 4 years he rode for the stable of former European champion Johan Heins. Here he gained much of this experience in coaching gifted young horses, and in 2002 Harrie made the switch over to the stable of Axel Verlooy. Now he splits his time between Belgium and The Netherlands where he rides and trains U25 American talent Jennifer Gates.

Harrie and his team have worked tirelessly to build an international sporting career. This dedication has seen Harrie ranked in the top 25 showjumpers in the world for more than 10 years, and in 2018 he achieved the World Number 1 - a position he held for almost a year. Harrie has represented The Netherlands in the Olympics as well as participating in multiple European and World Championships, Nations Cups and World Cup Finals partnering many prolific rides including eye-catching chestnut stallion Emerald, Don V.H.P.Z, top mare Regina Z and up and coming talent Escape Z (son of Emerald).