With a company heritage spanning over 200 years, the Saracen Horse Feeds founding values of trust, integrity, and quality are as important today as ever. They extend not only to the range of horse feeds but to how members of the team within the business are valued and appreciated.

Starting her career working from a tin shed at the agricultural merchants in 1981, Sue Tapp recently celebrated her 40th year working at Saracen Horse Feeds having seen many changes over her time. Equally impressive is Logistics Manager Malcolm Harding’s 30 year anniversary. Both key members of the management team, Sue and Malcolm have been rewarded for their loyalty with personalised gifts and a weekend away. 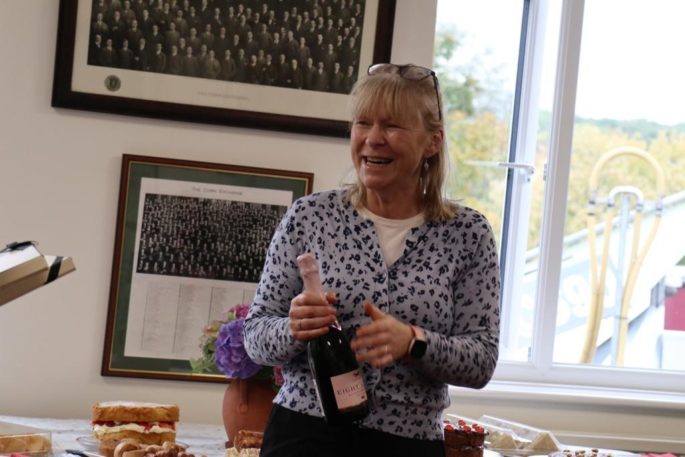 Joining the business initially as an admin assistant at the Speldhurst site, Sue’s first role involved taking and processing orders, general enquiries, assisting with the accounts and even visiting farms taking grain samples. Originally focused on the farm feeds, Sue saw the rapid growth and development of horse feeds during her time which saw her position evolve. Raising her family while juggling her professional role, Sue’s responsibilities grew within the business and extended to include managing the accounts departments, as well as purchase and sales ledger whilst running the weekly payroll. Moving with the business within Kent from Speldhurst to Aylesford, the Saracen Horse Feeds Mill and Lillico Country Store expansion began with Sue very much an integral part of the team, automating systems and streamlining procedures.

“From working in a small tin shed to a large open plan office, I have always felt at home working for this company which is why I am still here”. Sue explained “It is always possible to talk through any problems and Saracen are always willing to help and understand the trials of life. I am a valued person not a number”. 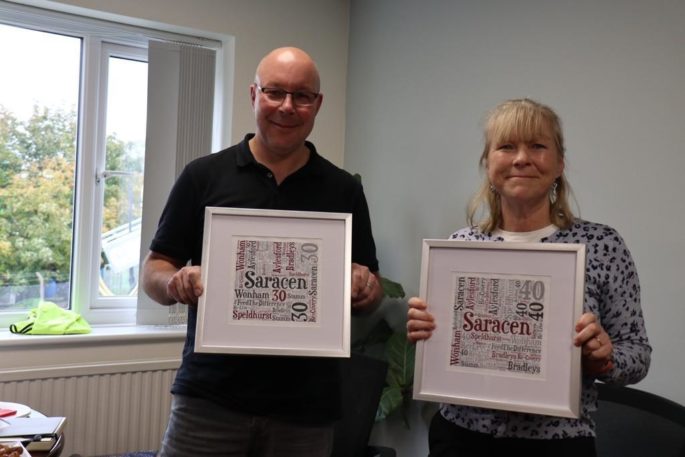 Keeping it in the family, Malcolm joined his Dad Geoff and brother Garry when he joined the company at the Attlee’s Mill and Country Store site in Dorking. His very first role within the business was on the bagging unit which quickly progressed to managing the mill process before moving onto transport management and Nebosh (health & safety) gaining all the necessary qualifications whilst working for Attlee’s. When the business was centralised to Aylesford, Malcolm was promoted to the Logistics Manager position.

Known for his good sense of humour, and often heard singing along to the radio, Malcolm commented

“The best part of working for Saracen is how flexible and understanding they are, as well as the great staff I work with”.

Chairman Patrick Walker commented “It’s an absolute privilege to have so many members of staff who have been working for the business for so long, their wealth of understanding and insight to the day-to-day workings is priceless. Sue and Malcolm have seen many changes over the years and have always led from the front to allow the business to grow and expand internationally. We are very lucky to have such loyal members of the team who are more like family”.

Saracen Horse Feeds remains a family-owned and managed business. With Patrick Walker as the chairman and with son Fred Walker and son-in-law John Rawdon-Mogg joining the business, Saracen enters the fifth generation of family management.

Back to latest news