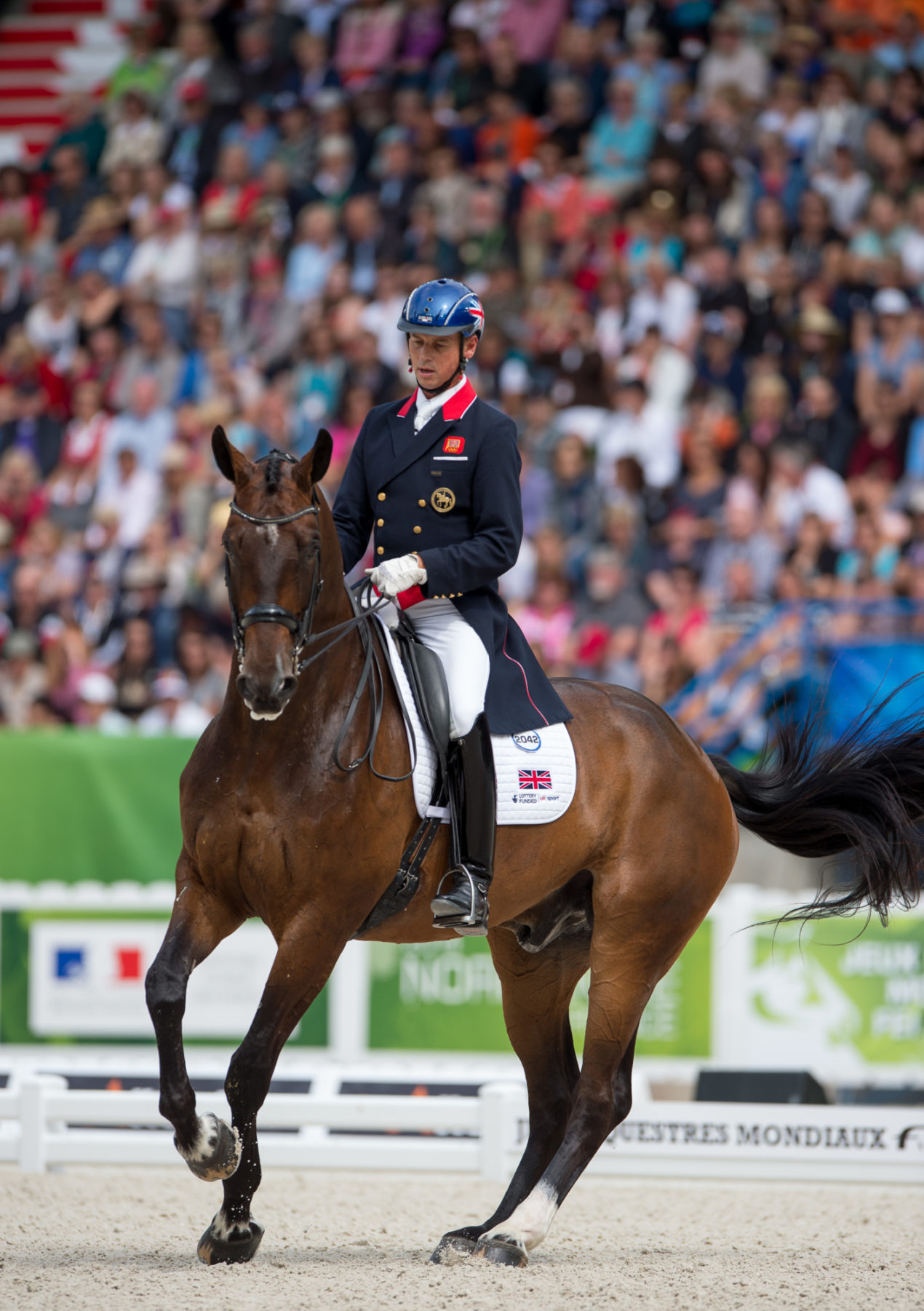 Carl Hester, is acknowledged as one of the greatest ever equestrians. From growing up on the remote Channel Island of Sark to leading Great Britain to Gold Medal victory at the London 2012 Olympics and beyond.

In 1985 his career began as he was National Young Rider Championship on Jolly Dolly. He was offered the job of a lifetime working for Dr and Mrs Bechtolsheimer. In less than a year Carl was called up to the British team, competing at the first ever World Equestrian Games in Stockholm in 1990, and two years later becoming the youngest ever British dressage Olympian.

He has produced numerous horses at top level. He is also noted for spotting potential talent in many of his students. Carl matched his protégée Charlotte Dujardin with Valegro, who he had bought as an unbroken two year-old whilst he rode Uthopia. At the 2011 European Championships these two horses formed half of the team that won an historic gold medal, and Carl claimed his first individual medals. And then of course there was London 2012 where more history was made. Again in 2013 Carl was again part of the Bronze Medal winning British Team at the European Championships in Herning. In 2016 Carl once again represented Team GB in Rio winning Team Silver with Nip Tuck.

During his career Carl has amassed a record 68 national dressage titles and been British Dressage National Champion ten times. He has competed in four Olympics, four World Equestrian Games, eight European Championships and two World Cup Finals. He was invested MBE in 2013 for services to equestrianism. In 2020 Carl took over the ride on Charlotte Dujardin’s Jazz gelding En Vogue with whom he hopes to be selected for his fifth Olympics in Tokyo in 2021.